The Dangers of Electromagnetic fields (EMF) and EU Legislation 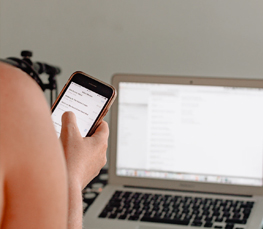 Why can the radiation from mobile phones and computer VDU monitors be harmful?

Electromagnetic fields (EMF) play an essential role in the control of the biological activities of a human being.  Our natural state of good health and feeling of well being prevails when our biological activity is in balance.

The penetrative nature of electromagnetic radiation from mobile phones and computer VDUs can intrude and disturb the human EMF and create a biological imbalance that interferes with the body’s natural equilibrium.  As a result, we may experience poor health and potential breakdown of immune response.  At first, we are likely to notice such symptoms fatigue, lack of concentration, headaches, short-term memory loss, distorted vision, confusion and loss of strength.

NY, Sep 18, 2008 (MARKET WIRE via COMTEX) — The European Parliament has voted 522 to 16 to recommend tighter safety standards for cell phones. In light of the growing body of scientific evidence implicating cell phone use with brain tumors, the Parliament says, “The limits on exposure to electromagnetic fields [EMFs] which have been set for the general public are obsolete.”

The European Parliament “is greatly concerned at the Bio-Initiative international report concerning EMFs, which summarises over 1500 studies on that topic and which points in its conclusions to the health risks posed by emissions from mobile-telephony devices such as mobile telephones, UMTS, WiFi, WiMax and Bluetooth, and also DECT landline telephones.” Further, it points out the need to “address vulnerable groups such as pregnant women, newborn babies and children.”

The Mid-Term Review of the European Environmental and Health Action Plan recommends 36 specific points for improving human health. It points to changes that can improve air and water quality, and reduce exposures to toxic chemicals and EMFs that have been linked to health risks.

BioInitiative author Dr. Martin Blank, Columbia University professor and researcher in bioelectromagnetics says, “Cells in the body react to EMFs as potentially harmful, just like to other environmental toxins such as heavy metals and toxic chemicals. The DNA in living cells recognizes EMFs at very low levels of exposure, and produces a biochemical stress response. The scientific evidence tells us that our safety standards are inadequate, and that we must protect ourselves from exposure to EMFs due to powerlines, cell phones and the like.”

Lennart Hardell, MD, PhD and Professor at University Hospital in Orebro, Sweden who wrote on brain tumors and cell phones in the BioInitiative Report, says, “The evidence for risks from prolonged cell phone and cordless phone use is quite strong when you look at people who have used these devices for 10 years or longer, and when they are used mainly on one side of the head.” At a conference in London last week, Dr. Hardell noted that exposure to children poses even greater risk than to adults, a fact of concern since so many children now regularly use cell phones.

Noting the already lowered exposure limits of some European countries the EU Parliament is now calling on the EU Council to amend Recommendation 1999/519/EC for all equipment producing emissions in the 0.1 MHz to 300 GHz frequency range. This would include cell phones as well as other wireless devices. Wireless technologies that rely on microwave radiation to send emails and voice communication are thousands of times stronger than levels reported to cause some health impacts.

Click here to arrange a call back to discuss FREE of charge for 15 minutes  how we can help you survey and protect yourself and your family from EMF’s . Alternatively, click here   for some immediate phone/tv/pc protection