Dandelion – How to Use a Common Weed in our Everyday Life 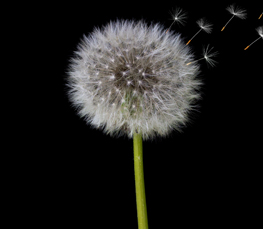 Dandelion is a common ‘weed’ used all over Europe as folk medicine for thousands of years, using its thick squat root and young spring leaves.  The English name itself comes from the French description of its indented leaves described as dent (teeth) de Leon (of the Lion).  Presumably its flowers which are yellow and its petals are like a Lions Mane!

A lot of people around the world rely on Dandelion and great quantities are grown commercially with the leaves harvested each spring and the roots every second year.

Where can you find it?

It will flourish in most soils and is prolific in many regions, coping with great wet and cold more than heat.  It flourishes all over Europe and texts relating to it were also found in Arab medicine books in the 11th century. It bright yellow showy flowers comprising more than a hundred small petals on a round orb the size of a Clementine.  One often sees thousands in flower in one area at a time but equally they can grow as a loner amongst other wild plants.  The seed heads are often ‘blown’ by children to tell the time and so it is a charming traditional British herb.

The leaves are high in Potassium and it is a very strong and an extremely safe diuretic.  It can safely reduce High Blood pressure by removing fluid volume in the body. As it is the safest diuretic in the botanical kingdom, it makes a reliable choice.  The root has significantly useful and powerful cleansing action on the liver and makes a good detoxification herb.  It will stimulate bile production.  It is also mildly laxative and bitter.  Altogether it is a blood cleanser.

The leaves contain high quantities of coumarines which help thin the blood which is why it was often used traditionally in spring (using the new spring leaves) to thin the blood after winter.  Thinning the blood allows deposits and toxins to be freed up, moved on and eliminated.  Dandelion leaves were often traditionally used with Burdock, hence the famous Dandelion & Burdock beverages made by country folk.

Its roots have noted anti-inflammatory properties and its polyphenols give good antioxidant presence (carotenoids etc).  The roots also contain notable amounts of polysaccharides, which have shown anti-tumour activity in animals.

Both the root and leaf contain high quantities of Potassium but also other vitamins and minerals to include Calcium and vitamins A, B C & D.

It can make a useful hangover drink:

Take 15g of root to 750 mls water.  Take the decoction in small quantities frequently throughout the day.

Also try your sample of Dandelion Root Coffee from Herbs Hands Healing with added cool spices.  The drink would also help a ‘hangover’ but equally it makes a delicious, nourishing and nurturing drink at any time, day or night for the liver.  It is also an excellent alternative to the coffee bean (and caffeine free).

Dandelion is a very useful aid to persistent constipation:

Add equal parts yellow Dock (Rumex crispus) to the Dandelion Root and make a decoction as above.  If you like, sweeten with either a very small amount of carob and liquorice.

Strengthens the mind where issues of fear and uncertainty arise from weakened kidney function (Dandelion leaf).

Tincture, Teas, Decoctions, country wines.  Tonic salads (the leaves) throughout Spring and Summer – add the lettuce and other salad items.

There are none.  It is a plant that can really do no harm.  Even if put alongside drugs to remove excess water from the body it will simply work with the body and situation and not exacerbate or create imbalance of any kind.

However you would never use B vitamins with prescription diuretics.