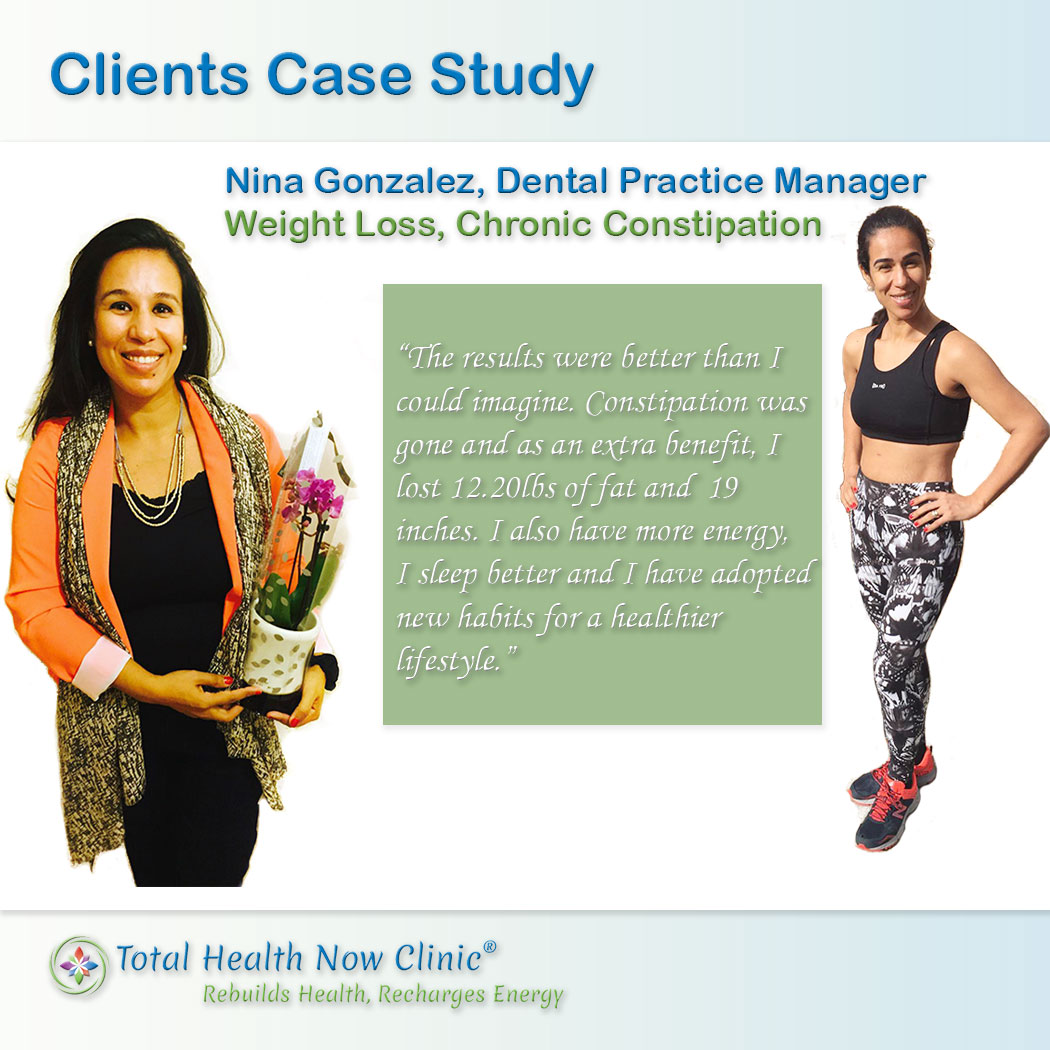 Nina had been heavily obese since her 20s.  She had her first child in 2008 and after that her health went down due to her health style.  She was eating too much processed and junk food. She had chronic constipation (not going for two weeks was a norm).

She had her gall bladder removed in 2010 and she started becoming more aware of her lifestyle, and slowly started losing weight.

When Nina joined the RejuvaDetox+  programme, in 2016, she had already lost over 50kg of weight. However, she still had her problem with chronic constipation, and her doctor was advising her to undertake another operation, on her colon this time, to help to improve this condition.

Total Health Now had to literally go through, step-by-step, her daily routine and habits.  During the following two months of treatments and detox, so much toxicity was cleared out. During the programme, she had her bowels working every day (often twice a day). She couldn’t believe it!

After she had completed the programme for the first time, her constipation problem was resolved and she became regular. She has been a client for the past three years and she does the four-week detox programme every year as maintenance!

The results were better than Nina could have imagined. Constipation had gone and, as an extra benefit, she lost 12.20lbs of fat and 19 inches.  She also has more energy, she sleeps better and she has adopted new habits for a healthier lifestyle.

“I can strongly recommend the programme and Total Health Now Clinic to anyone who is seriously looking to improve their health and/or lose weight”, says Nina.